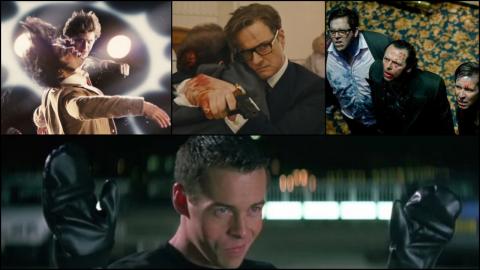 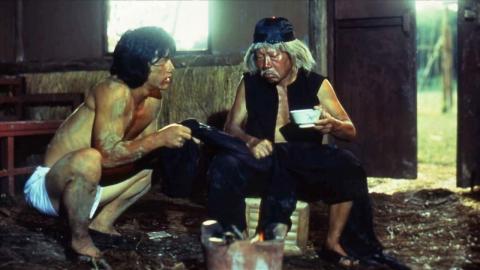 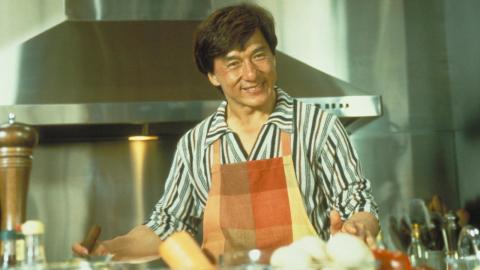 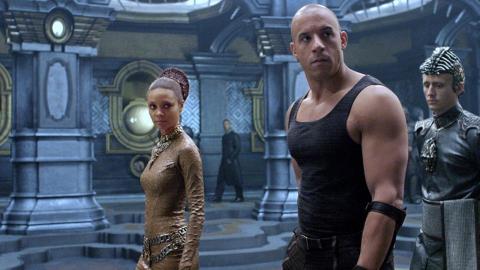 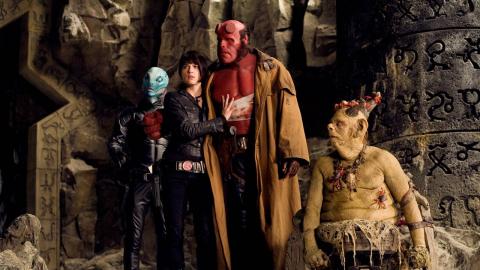 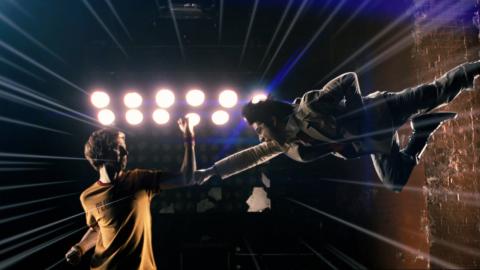 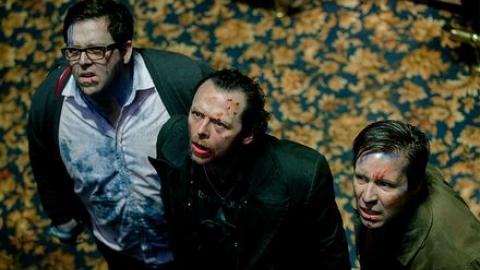 Before putting down the biggest stars of the castagne, the Australian Bradley James Allan takes a few hard knocks: as a child, his small size makes him the favorite target of the tough guys at school and it is to give him the means of defending himself that his father enrolled him for his ten years in martial arts lessons. A fan of Jackie Chan, Brad Allan shares his adolescence between tatami mats and intensive viewing of his idol’s films, with a particular fascination for The intrepid Hyena, The Chinese go wild and The Chinese Master.

And already at that time, it was not so much Chan’s striking power that fascinated him, as the precision of his gestures and the inventiveness of his choreographies. Although he studies Chan’s every move plan by plan, Brad Allan does not intend to make a career in the cinema but hopes to become a professional gymnast. Until an injury contracted during training forced him to reorient himself towards the big screen.

To achieve his ends, Bradley James Allan decides to train in all types of fights: already an accomplished gymnast, he enrolled in karate, judo, aikido and boxing lessons (he is a fan of Mohamed Ali) and especially Wu Shu under the direction of Liang Chang Xin, former companion of Jet Li. Thanks to the advice and support of his master, Bradley James Allan won a scholarship to improve his skills in China where he took his first steps in front of the camera in the ‘forgettable Drunken Master III. The small account to continue his career in Australia, but the work of the local stuntmen are far removed from his taste for the choreography of Asian cinema. His film career seems to be at an impasse when his colleagues in the New Generation Stunt tell him that they are going to work on Jackie Chan’s next film set in Australia: Mister cool. Bradley Allan is embedded on the set, impresses Cho Wing, right arm of Jackie Chan, then the star in person who decides to integrate him into his team of stuntmen, the Sing Ga Ban. Ultimate consecration, Bradley James Allan even plays a small role allowing him to face Jackie Chan in the mediocre romantic comedy gorgeous. If the speed and precision of the young man appealed to Chan, the fact that Bradley Allan is slightly shorter than him (only 1.63 m) is also no stranger to his hiring.

Jackie Chan therefore pushes Bradley James Allan to perfect his acting skills, but the latter prefers to devote himself to mastering his body (he even makes a stint at the Cirque du Soleil for this purpose), then decides to stand on his own feet. on international films. His talent opens doors for him: thanks to his knowledge of the use of cables, the stunt coordinator of Rush Hour II hiring on the flight scenes of the Peter Pan by PJ Hogan, then the second-team director of this film invites him to choreograph the fights of the Chronicles of Riddick, mainly to give the movements of the character of Kyra (Alexa Davalos), a very feminine grace. Because as in the best Hong Kong films, the choreography of the fights in Bradley James Allan is as much a matter of character as of physical prowess.

After returning to Chan’s bosom, especially for New Police Story, Brad Allan made another decisive meeting in 2008 in the person of Guillermo del Toro. Unhappy with the stunts of the first Hellboy, the Mexican filmmaker wishes to rectify the situation for the sequel and he debauchery the Australian, whose style is especially sensitive to the fights of Nuada (Luke Goss): the ethereal aspect of the fallen prince must contrast with the brutal power of Hellboy. Allan himself overtakes Goss on a stunt the whole team considers impossible to accomplish: Nuada runs over pipes, then over a wall, before slashing an opponent with his sword. The fights ofHellboy II The Cursed Golden Legions also benefit from less common sources of inspiration in action cinema: Bradley James Allan quotes Modern times by Charlie Chaplin for the final duel, in which the characters clash on large cogs. Very satisfied with his work, Del Toro will recall Bradley James Allan to Pacific Rim and, above all, introduces him to one of his friends: Edgar Wright.

When Wright meets Bradley James Allan, the filmmaker is in the midst of designing the animatics for the fight scenes of Scott Pilgrim. Big fan of Hong Kong cinema, and in particular of Jackie Chan, Wright, aspires to conceive fights “not very violent and very inventive”. Bradley James Allan will have the heavy task of training the actors without any predisposition to martial arts, which will cause severe aches and some bruises: Michael Cera takes the foot of Matthew Patel’s lining in the face. An incident that does not prevent Wright and Allan from getting along perfectly. During the filming, the latter even offers the filmmaker a nice gift, asking Jackie Chan to record a personalized video message for him. Logically, the star of Chinese sea sailor will be thanked in the credits at the end of Scott Pilgrim. “Through Brad, we were the beneficiaries of Jackie Chan’s knowledge”Wright said.

The last ad before the end of the world

As Bradley James Allan leaves to work with Jackie Chan on Chinese Zodiac, Edgar Wright writes the screenplay for Last Pub before the end of the world knowing precisely that he will entrust him with fight scenes in which the characters can reveal themselves, or even come true, through more brutal and more realistic fights than those of Scott pilgrim. And it is very logical that the two men find an essential reference for this new joint project, with one of their favorite film: The Chinese Master (Drunken Master) in which Jackie Chan must drink to display the full extent of his fighting skills. Yes The Last Pub before the end of the world is a new high in the career of Bradley James Allan, it is also the third film after Scott pilgrim and Chinese Zodiac on which he takes the lead by being credited as a second-team director.

Protected from Jackie chan and favorite collaborator ofEdgar wright, Bradley James Allan was possibly the most talented fight choreographer of his generation. We learned of his death this weekend, and unsurprisingly, the director of Scott pilgrim and Last ad before the end of the world gave him back a nice tribute on Twitter. We looked at his career on the occasion of the release of this film, the last opus of the “Cornetto Trilogy” released in theaters in 2013. Since then he has worked on Wonder Woman, Kingsman, Solo: A Star Wars Story, or Shang-Chi: The Legend of the Ten Rings, Marvel’s next super-movie. He died of a heart attack, actor and director Daniel Wu has revealed.

Jackie Chan posted a long post to honor his memory, where he talks about their collaboration, then his solo projects: “Long years ago when I was shooting Mr. Nice Guy, it was just a fan who came to visit the set. At that time, he was crazy about Chinese Kung Fu, which he had been practicing for many years. It was thanks to his skills and incredible talent that he went from fan to stuntman and eventually joined my JC Stunt team. He even fought with me in gorgeous. I think a lot of people remember this skillful boxer in the movie. He has also contributed to several of my films. Over the years he has produced masterpieces that have marked many in the film industry, including the film series Kingsman, Wonder Woman and many others, making him a famous and recognized Hollywood action choreographer, as well as an excellent role model for many action stars. “

Here are the origins of this king of the fight.

Jackie Chan finally has his Oscar

Ouistreham: the winning return of Emmanuel Carrère to the cinema [critique]

The screenwriter of I Am Legend vs. antivax: “It’s a movie”

Barbaque: The teaser “Bring the accused in” with Marina Foïs and Fabrice Eboué